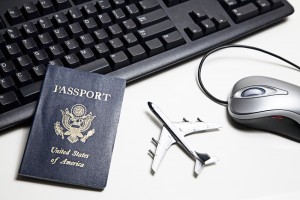 Following the recent rants of HBO’s “Last Week Tonight” host John Oliver on his comedy news show, I lamented that my dream of a perfect-equality, utopian internet could be corrupted by FCC rules which will allow ISPs (Internet Service Providers) to charge additional fees for preferential access to deliver online videos and other content at faster speeds. It occurred to me that this new paradigm would set up an inequitable online superhighway with a fast lane for travel industry partners with big bucks and a slow lane for everyone else.

With the exception of large corporate interests, most of us expect the internet to remain a level playing field, allowing content and service offers to reach a global audience irrespective of the content provider’s size or budget. When it comes to the $7 trillion global travel industry, the discussion about net neutrality is reaching a fevered pitch. Will, for instance, small, boutique properties be able to compete with multi-national online travel agencies (OTAs) and big hospitality chains in a world of pay-for-priority? Does the consumer win or lose in the end? Whose interest will win: big business, small business or the consumer? The answers require some further inspection.

Equity at Work
One great example of equity and net neutrality and the OTAs at work was Google’s initial video offering that went up against YouTube. Google threw everything at it—the best technology, resources and money—as it competed with YouTube on a level playing field. YouTube ultimately triumphed because it simply offered a better product. That to me is what net neutrality is all about. No matter what your size, if you had a great product, you could compete against anyone.

The Need for Speed
The internet customer will always be won or lost by speed, with all other purchasing factors equal. The speed in which a result is delivered is the ultimate decider for a customer to make a purchase—or venture to another website. The typical hotel webpage request can involve dozens of back-and-forth communications between the browser and the web server. Throw in third party widgets and booking engines, and you could have an even slower website.

The Uneven Superhighway Already at Work
Slowly imbalance already has crept into the web. In 2010, Google Search Guru Matt Cutts announced that Google was incorporating site speed in search rankings. [Source: http://www.mattcutts.com/blog/site-speed/] Big content providers, like the OTAs, who recognize the importance of speed took note and used their vast resources to innovate. They utilize companies such as Akamai and Level 3 that have partnered with ISPs to set up highly efficient servers or routers in their data centers (which advantageously increase speed for customers and reduce traffic flowing out of their network). Over the past six years, they’ve essentially rewired the internet, cutting back on the delay of information to the consumer.

In fact, Airbnb CTO and Co-founder Nathan Blecharczyk recently boasted about the success of his partnership with Akamai. [Source: http://www.akamai.com/html/customers/testimonials/airbnb.html] Smaller travel interests simply can’t compete going through the traditional internet backbone. What chance does an independent hotel have against a speedily-rendered OTA page for ranking on a certain keyword? How will the next internet startup compete with a Booking.com or Expedia?

Winners and Losers
In our examination of the issue of pay-for-priority, it seems like the OTAs will fare quite well and small time hotel operators not as well. It also seems like this internet rewiring has been great for consumers. It has allowed millions to enjoy YouTube. It’s also the reason why the latest version of high-definition video, Ultra HD 4K, is available for streaming over the internet.

However, proposed FCC rules would begin to allow ISPs like Comcast, Verizon and AT&T to charge content providers like the OTAs and smaller travel industry businesses (in addition to their current shake down of the consumer with fees). In this scenario, the OTAs will pay, small hoteliers will pay and eventually the costs will trickle down to the consumer, eventually affecting internet purchases.
The Federal Communications Commission (http://www.fcc.gov/comments) is taking comments on this matter if you feel strongly about protecting and promoting the open internet. The internet belongs to all of us. That’s the way it’s always been. And that’s the way it should continue to be.

This article was plublished in Tnooz – Why the travel industry needs the web to remain open and neutral (http://bit.ly/1mQrep9)